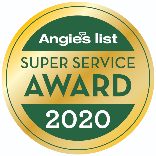 If a bathtub faucet is left running accidentally, and water spills over the edge, don’t worry. This situation happens far more frequently than most people think, and it’s almost always covered by homeowner’s insurance. Nearly every homeowner’s insurance policy includes coverage for sudden and accidental loss, which is exactly what water damage from a running faucet is considered to be.

If your Cary, Raleigh, Durham or Chapel Hill home has serious water damage due to an overflowing bathtub, call us immediately at 919-467-1991. We will show up soon and work fast to stop any further damage and begin the restoration process. We can work with your insurance company to make sure you pay as little as possible. We’re available around the clock, 7 days a week.

It doesn’t matter whether or not it was the homeowner’s fault or that of a small child playing without adult supervision. Our team has previously responded to a call involving an unattended running bathtub faucet, which had resulted in quite a lot of property damage. A family with a small child had gone out to dinner for the evening, not realizing the child had been playing in the bathroom upstairs beforehand. The tub was left plugged with the water was running for close to 5 hours.

Upon returning home, the family found that their entire living room ceiling had collapsed. They then called us, and we promptly sent a team to their home. After assessing the damage, we negotiated with the insurance company and began working on the damage. It was a lot of work, but we were able to dry the water soaked home and rebuild the floor and ceiling. When we were finished, everything looked as good as new.

If there’s ever any kind of water damage to your home, it’s recommended that you contact a professional. We’re available 24/7 through our emergency hot-line at 919-467-1991. Our trained and certified professionals will be able to determine the severity of the damage and work with your insurance company to keep your out of pocket costs to a minimum. As licensed contractors, we’ll not only be able to rip out all of the damaged drywall, and any other affected structure, we can rebuild your home as good as new.